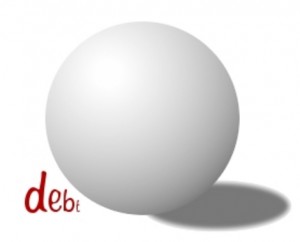 This past week was pretty eventful in terms of financial news wouldn’t you say? First, on Tuesday, our leaders in D.C. finally “saved the day” by coming to an agreement to raise the debt ceiling and on some spending cuts. While it captured the attention of the media, did it change your life one bit? Did it improve your own personal financial situation? Did you think it would?

As it turns out, the deal did not really achieve much in terms of solving the nation’s debt problems. Because on Friday, Standard and Poor’s downgraded the U.S. Credit Rating from AAA to AA-Plus.

S&P indicated that the downgrade was driven by the large level of debt we have accumulated over the last few years and the inability of our leaders to agree on what’s required to reduce the debt. In essence, the U.S. is not taking the necessary steps to deal with our massive levels of debt. If you want to know more about the potential impact of this downgrade you can read here.

So what’s the message here? That there is such a thing as too much debt. There are consequences to continually spending above your income and borrowing money to make up the difference. You cannot continue to do that forever. At some point, you will have make some tough decisions. Money is finite.

As Chuck Colson remarked recently:  ‘Jesus asked the right question. Who would set out to build a tower who did not “first sit down and estimate the cost” (Luke 14:28). Actually, we’re worse off than that. We borrowed heavily to build the tower, only to find out now it is about to be repossessed!’

So what about you? While we might gripe at the inability of our elected leaders to solve the nation’s debt problem, what are you willing to do to solve your own debt problems?

There is only one way to get out of debt and that is with great determination. You have to be sick of paying interest. You have to get to the point of admitting that debt is not a tool that will bring you prosperity. You have to get tired of carrying your debt burden. Overextending ourselves with debt has not worked for the U.S. It will not work for you and your family.

I can show you how to get out of debt. You see, like many Americans I racked-up ridiculous levels of debt thinking that’s just the way the world works. But I saw the light. My wife and I executed a plan and we got out of debt. We have freedom from the bondage of debt and we have control of our financial destiny. You can get there as well. But is not up to Washington. It is up to you.

“The rich rules over the poor, and the borrower is the slave of the lender.”
Proverbs 22:7 (ESV)

1 thought on “What About Your Debt Ceiling?”