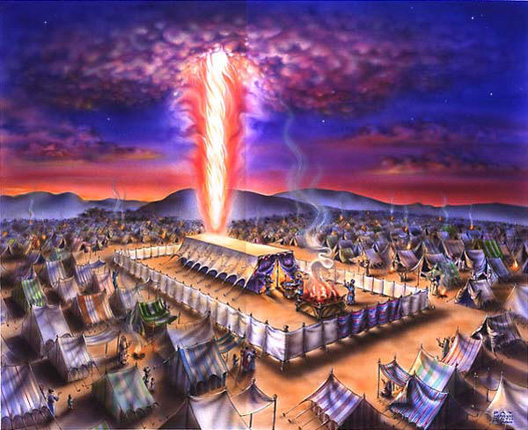 Before the month of January runs out I wanted to address the topic of giving with my Christian brothers and sisters.

If you are an Evangelical Christian and active in a church, it is very likely that at some point during this month you heard a sermon (or series of sermons) on tithing, giving, stewardship, etc.

It is also quite possible your church still runs one of those old-fashioned efforts to give you a commitment card that will allow you to say how much and how frequently your household would contribute to the church.

From all the giving statistics, stewardship and giving are difficult topics for the people of God. On average only about 25% of Christians tithe (i.e., give a tenth) of their regular income to their local church. Many churches tend to struggle to make their annual budget which forces them to cut or limit their programs. How do we improve on that?

The last thing I want to do is book you a reservation on a guilt trip about giving. But I also know that in order for you to win with your finances, you need to incorporate giving on a regular basis. I believe God wants us to manage His money according to His ways.

So I want to talk about the subject from God’s perspective. With Him, just like with anything else in our Christian walk, what matters most is not the actions we take. What matters to Him most is where our hearts are.

To illustrate that I will use one of my favorite stories in the Old Testament: The Construction of the Tabernacle in the Wilderness (Exodus 35-40).

The children of Israel had finally left Egypt after 430 years under the leadership of Moses. God had acted mightily on their behalf and they were on their way to the promised land. God’s presence was with them at all times (Exodus 13:21-22). Then it came time to build the Tabernacle.

This portable structure would serve as the central place of worship for the people of Israel and the place where God’s presence would dwell with His people (Exodus 25:8). The Lord gave Moses the instructions on how to raise the necessary materials for the construction, the first stewardship campaign in history:

1 Then the LORD spoke to Moses, saying,
2 “Tell the sons of Israel to raise a contribution for Me; from every man whose heart moves him you shall raise My contribution.
Exodus 25:1-2 (NASB)

See, God wants you to be involved in the great adventure of expanding His kingdom but He also wants your heart in it first.

How did the people respond? Well this is where the story gets even better:

20 Then all the congregation of the sons of Israel departed from Moses’ presence.
21 Everyone whose heart stirred him and everyone whose spirit moved him came and brought the LORD’S contribution for the work of the tent of meeting and for all its service and for the holy garments.
Exodus 35:20-21 (NASB)

The people whose hearts moved came and gave. How much? Look at this:

5 and they said to Moses, “The people are bringing much more than enough for the construction work which the LORD commanded us to perform.”
6 So Moses issued a command, and a proclamation was circulated throughout the camp, saying, “Let no man or woman any longer perform work for the contributions of the sanctuary.” Thus the people were restrained from bringing any more.
7 For the material they had was sufficient and more than enough for all the work, to perform it.
Exodus 36:5-7 (NASB)

Imagine that! More than enough for the work! I know all my pastor friends would love to be able to say that. Offerings given freely from the heart for God’s work and in great abundance.

But wait, where did 2M Hebrew slaves get the precious materials to build the Tabernacle? God had already provided:

35 Now the sons of Israel had done according to the word of Moses, for they had requested from the Egyptians articles of silver and articles of gold, and clothing;
36 and the LORD had given the people favor in the sight of the Egyptians, so that they let them have their request. Thus they plundered the Egyptians.
Exodus 12:35-36 (NASB)

God had provided for them what they needed. From what He provided, He asked the people to give it back so the work could be done. Not because He needs the money, but because we as His people need to experience the joy of giving.

It pleases God when we obey from the heart. He has provided what you need and will continue to do so. So start today: don’t wait another month before you commit to a systematic effort of giving as part of your monthly budget.

In everything I showed you that by working hard in this manner you must help the weak and remember the words of the Lord Jesus, that He Himself said, ‘It is more blessed to give than to receive.’
Acts 20:35 (NASB)